Guttenberg Industries, Inc. (GII) was started in 1974 along Highway 52 in Guttenberg, Iowa. 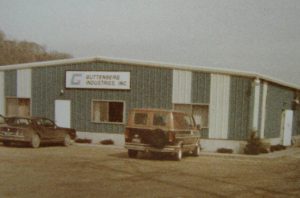 Since that time, the company has continued to grow and has become one of the top private employers in Clayton County.

While John Ertl’s business has always focused exclusively as a custom injection molder, his company has experienced many of the same changes that have occurred within the plastics industry.  Among the most visible changes is the increase in the size of the parts that GII has been asked to manufacture. This has created more than just a growth in the business financially.  It has resulted to an increase in the size of its facilities. 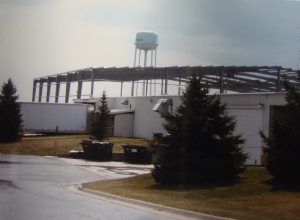 In 1995, the company out-grew the land footprint which was available in Guttenberg, Iowa. With a city street to the south, wetlands to the west, another large business to the north, and State Highway 52 to the East, Guttenberg Industries expanded to a new manufacturing plant that it constructed 10 miles north within an industrial park located in Garnavillo, Iowa.

Over the next 13 years, the company added on to the Garnavillo facility four more times.

Included at the end of that span was the 2008 addition of a 28,000 sq.ft. warehouse which signified the final relocation of all manufacturing, shipping, and warehousing operations to Garnavillo. But this did not complete the growth of the company.

Between 2012 and 2014, Guttenberg Industries filled the now-68,000 sq.ft. manufacturing space by adding four new injection molding machines, including the largest one among the company’s 32 presses. The new 950-ton press has completed its range of manufacturing from 55-ton presses to nearly 1,000 tons. 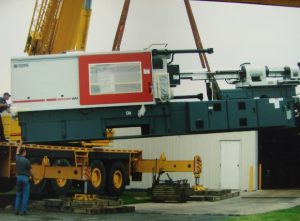 During this time, from 2011 through 2014, company revenues for plastic injection molding had grown over 60% to nearly $17 million.  Guttenberg Industries also celebrated its 40th Anniversary throughout 2014 – which included a full company banquet and awards dinner.

Another significant milestone occurred in late 2015 when the company’s corporate offices also relocated to Garnavillo. On November 23, 2015, the remaining 19 management and administrative staff moved into a new 8,000 sq.ft. office building adjacent to the manufacturing facility as the old offices were torn down and that property was sold.

For the first time in 20 years, all 100+ Guttenberg Industries’ employees are working in the same location! 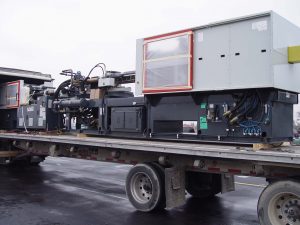 However, our growth is not completed. It was announced in August 2016 that another expansion is scheduled. To further accommodate the need for more large-machine capacity by our customers, Guttenberg Industries ordered two additional injection presses (400-ton, 940-ton) and added yet another 12,000 sq. ft. to the factory.

2021 saw another significant step forward as five new injection molding presses were added to the production floor, including our fourth press in the 1,000-ton class.  The total number of production presses now stands at 37 – which should put Guttenberg Industries on the path to possibly pass the record of $34 million in sales achieved in 2021. 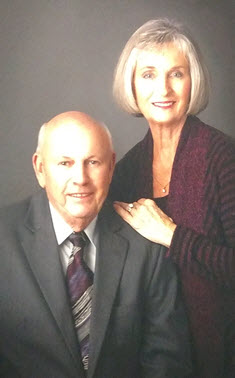 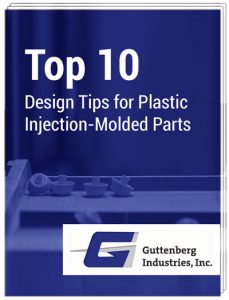